On 18 February 2020, Professor Joel L. Sussman, co-director of the Structural Proteomic Center in Israel and Professor of Structural Biology at the Weizmann Institute of Science, was awarded an honorary doctorate by Charles University in Prague, in recognition of his outstanding contributions to science.

Professor Sussman, who is a lead scientist of the Instruct-ERIC Centre in Israel and member of the Instruct-ERIC Executive Committee, is a pioneer of macromolecular refinement and an expert in the 3D structure and function of proteins of the nervous system; in particular, the synaptic enzyme, acetylcholinesterase (AChE) - a key protein in the transmission of nerve signals. With his colleague, Professor Israel Silman, he developed a novel approach to solubilise and crystallise membrane-bound acetylcholinesterase, allowing its 3D structure to be solved. The structure of AChE, which was published in Science, has been cited over 2930 times. 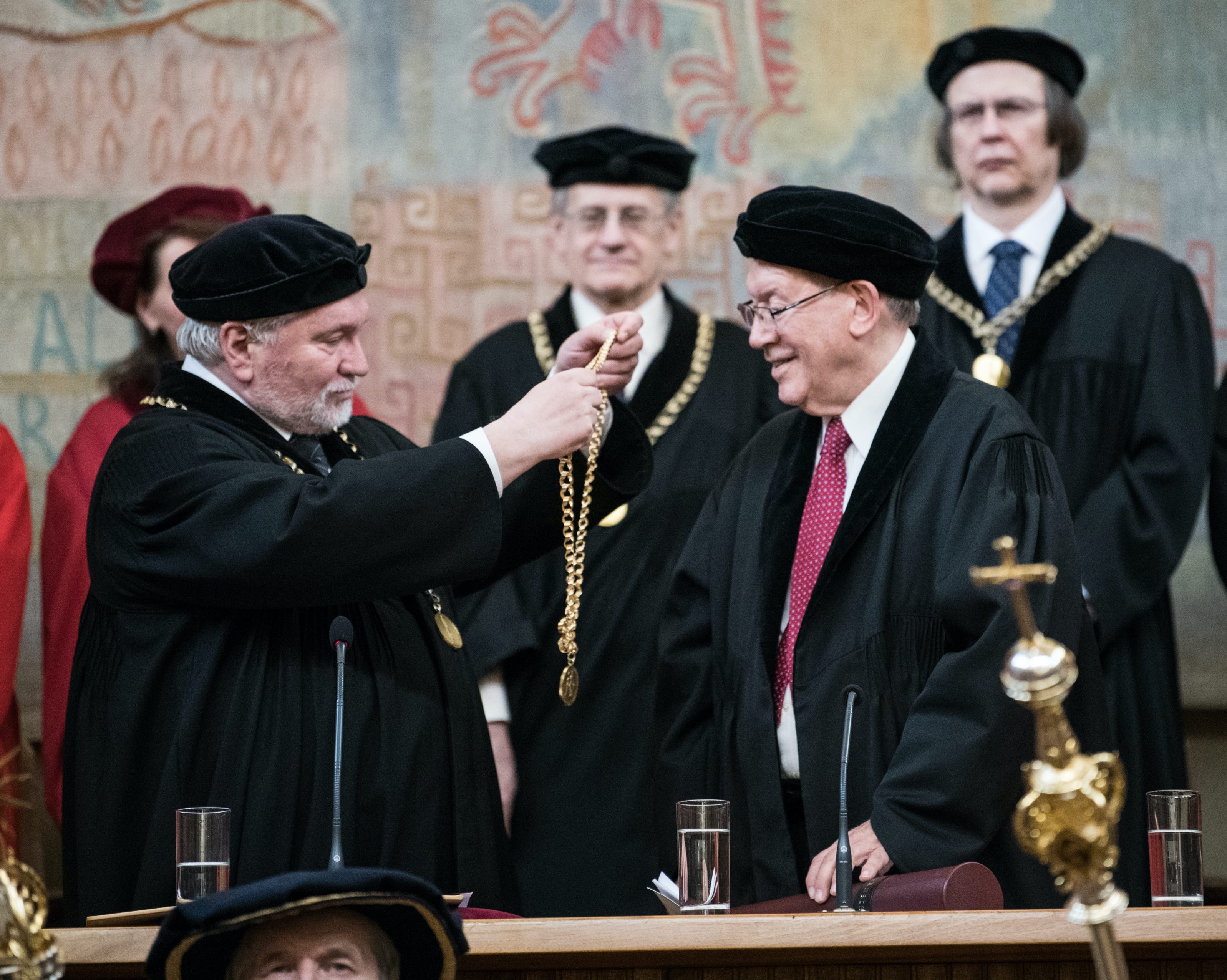 In an extensive career, holding prominent positions in both Israel and the USA (including director of the Protein Data Bank), Professor Sussman has contributed immensely to our understanding of the role of proteins in the nervous system and neurological disorders, such as Alzheimer's disease and autism. Amongst his many honours and awards, in 1994 he was elected Member of the European Molecular Biology Organization (EMBO), and in 2013 he was elected as a Fellow to the AAAS. More recently, he has played a significant role in establishing the Israel Structural Proteomics Center (ISPC), and co-founded Proteopedia, the collaborative, 3D encyclopaedia of biomacromolecules.

“We are delighted that Joel’s distinguished scientific career has been recognised by the award of an honorary doctorate from Charles University,” remarked Prof Dave Stuart, Director of Instruct-ERIC. “Beyond his significant contributions to structural biology, Joel has been a cornerstone of Instruct-ERIC activities, and his open attitude and infectious enthusiasm are a wonderful example to us all.” 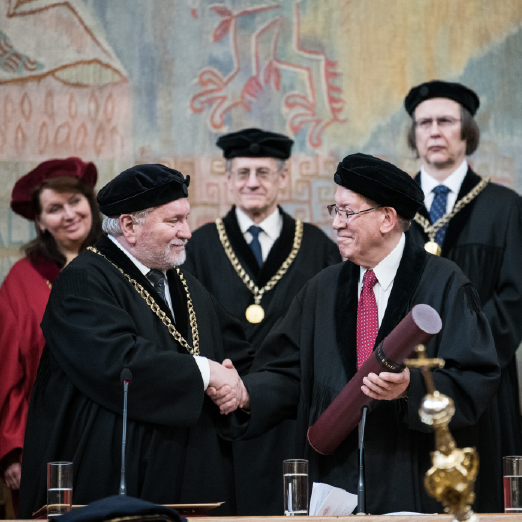