Metal ions are present in proteins and enzymes, often in the context of their catalytic properties. However, metal ions are also fundamental to the folding and structure of proteins such as enzymes. Previously described metal-ion binding motifs include the EF- hand and the zinc finger.

The motif was first identified in TcAChE, purified from the electric organ of the electric ray, Torpedo californica. The study subsequently identified the motif in 31 AChE sequences, as well as in 28 butyrylcholinesterase (BChE) sequences.

The study, conducted at The Dana and Yossie Hollander Center for Structural Proteomics (ISPC) within the Instruct-ERIC IL Weizmann Institute, found that irreversible thermal inactivation of the enzyme was reduced by the presence of divalent metal ions, namely Mn+2, Mg+2 and Ca+2 (Fig. 1). 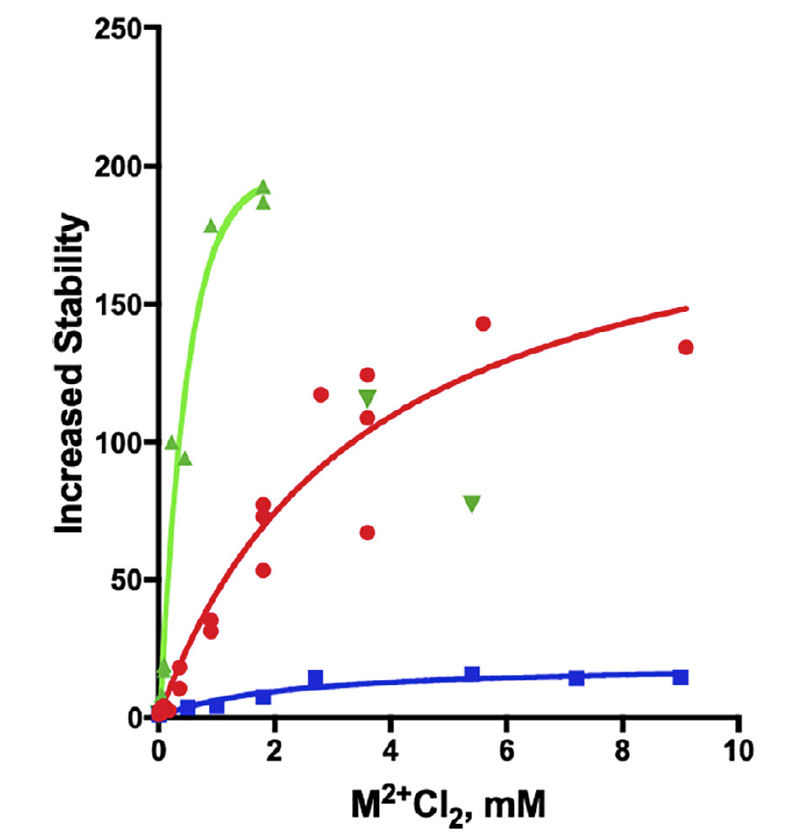 FIGURE 1: Thermal inactivation of TcAChE in the absence and presence of divalent metal ions. The curves show the fold increase in stability at 39˚C, in terms of the half-life for loss of activity, as a function of the concentrations of the divalent ions, relative to the value of 1 in their absence. red-MgCl2; blue-CaCl2; green-MnCl2.

The three cations both strongly increase the thermostability of the TcAChE , and also the activation energy for denaturation. Mg+2 and Mn+2 also protect zebrafish AChE, which contains the 4D motif. However, the two divalent metal ions do not protect either human or electric eel AChE , both of which lack the motif.

X-ray crystallography was then used to visualise the motif. As the paper itself reads, “Solution of the structures by molecular replacement reveals, in both cases, a divalent cation located in a negatively charged pocket that is formed by the side chains of four aspartate residues, D326, D389, D392, and D393, which we call the 4D motif (Fig. 2)” 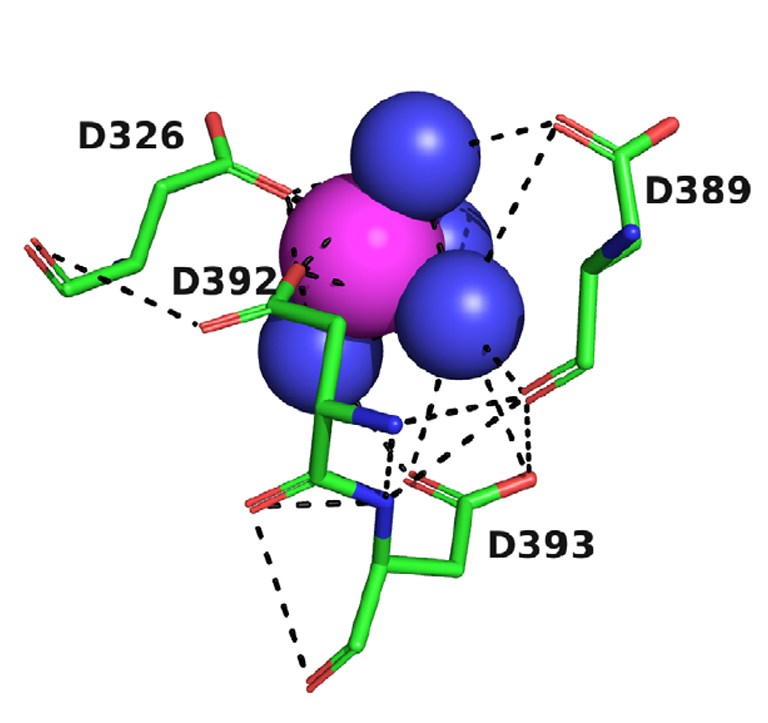 FIGURE 2: Crystal structure of the Mg+2 complex with TcAChE. The four Asp residues, D326, D389, D392, and D393, are shown as sticks, with carbons in green, oxygens in red, and nitrogens in blue. Waters are shown as blue spheres, and the magnesium ion as a magenta sphere. Hydrogen bonds and ionic bonds are shown as dashed black lines.

This motif is exceptionally versatile, capable of binding 1-3 cations, and several waters. In addition to the aforementioned 31 AChE sequences that exhibit the 4D motif, around 200 proteins were identified, using the ASSAM programme, which contain the same 4D motif, many of which contain a divalent metal ion. This Instruct-ERIC IL study opens up significant avenues for research into the roles played by such motifs in other proteins.

Reduced neutralization of SARS-CoV-2 B.1.1.7 variant by convalescent and vaccine sera