Optimised cancer therapy one step closer thanks to Cryo-EM

Viruses are nearly always the villain – causing death and disease, but if they are understood well enough, scientists can use them as a cancer treatment. Scientists working at Instruct Centre FR2 have created a detailed picture of how one particular virus, the human adenovirus, gets inside human cells. Adenoviruses are a group of viruses responsible for the common cold and conjunctivitis, as well as respiratory infections. Understanding the mechanism of viral entry into cells will allow scientists to optimise the use of adenoviruses in cancer virotherapy, and also identify processes by which viral entry to cells can be blocked to prevent infection.

The adenovirus is decorated with twelve fibres, which have an adenoviral fibre knob protein at the end. The fibre knobs interact with human cell receptors, allowing the virus to enter cells, where it replicates. The problem with investigating this interaction is that the proteins are small and non-symmetrical, requiring more images to recreate the structure. Emilie Vassal-Stermann and colleagues have overcome these challenges to create an atomic-level model of the adenovirus knob protein and the human cell receptor. They are some of the smallest, non-symmetric protein complexes to have been solved using cryo-EM. 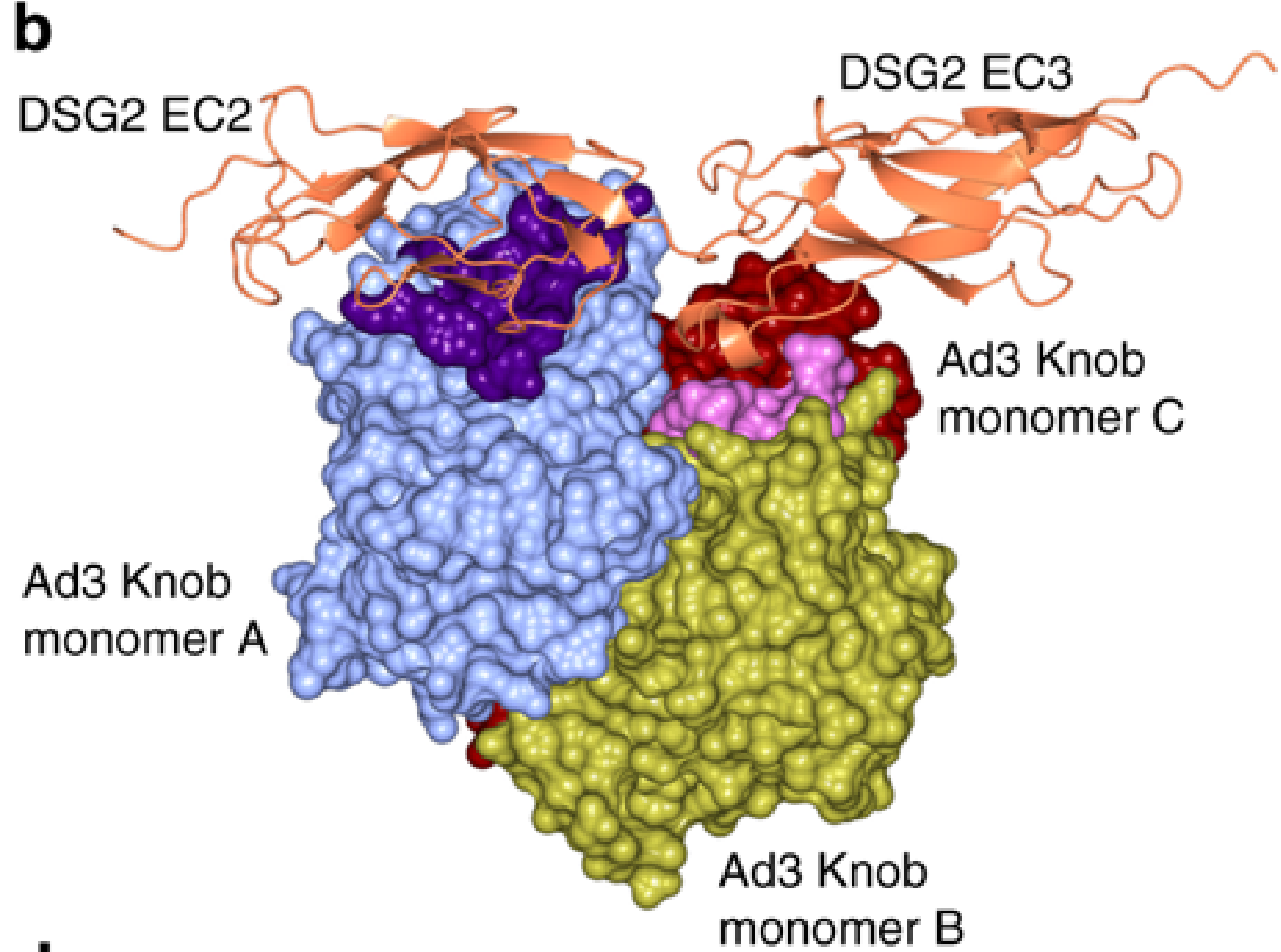 Figure 2b of the paper showing the surface of the fibre knob (HAd3K) involved in receptor binding. The amino acids involved in binding are highlighted in dark purple and light purple.

The results show that the adenovirus knob proteins differ from other related viruses in the ratio of binding sites between the fibre knob and the receptor, as well as in the binding surfaces themselves. To investigate the binding properties further, the researchers looked for mutations that prevented the virus from entering cells. Proteins, such as the adenovirus fibre knob, consist of a string of amino acid molecules, which fold into a 3D structure that is crucial for binding interactions. Remarkably, it was found that if a mutation causes the amino acid Asp261 to change, then the adenovirus cannot bind to the human cell.


To find out more about cryo-EM at Instruct-ERIC click here.