Our ability to fight bacteria using antibiotics is limited by the rise of resistant strains. However, understanding the mechanisms of bacteria’s natural enemy, the bacteriophage, may lead to new treatments. “Bacteriophage phi812 … can infect at least 95% of Staphylococcus aureus strains, including those strains resistant to antibiotics” writes Dr Nováček, a lead scientist at Instruct Centre CZ, in his paper. The key to using this bacteriophage as a treatment is understanding how it infects cells. Dr Nováček’s team generated high resolution 3D models of phi812 in each of the stages of infection using cryo-electron microscopy. 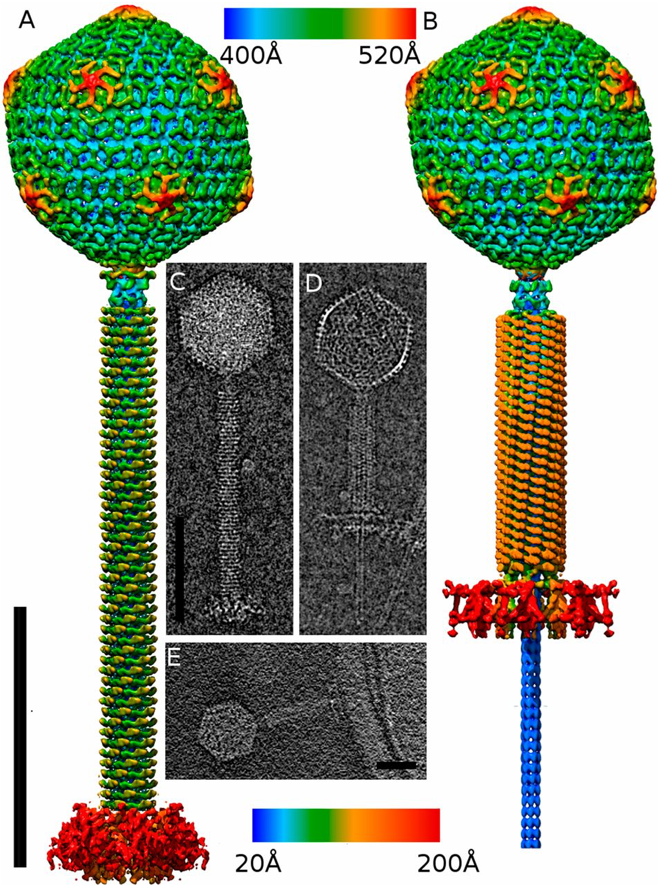 Figure 1 of the paper showing virions of the bacteriophage phi812 in native conformation (A) and after tail contraction (B).

Bacteriophages eject their genome from their capsid, through the tail, into the bacteria cell. To ensure that the ejection process is successful, phi812 must recognise contact with a bacteria cell. The role of the baseplate is to trigger the ejection process under the right circumstances. Changes to the baseplate cause the outer layer of the tail (called the tail sheath) to contract, and this contraction causes the inner tail tube to be inserted into the bacterial cell. Once this change has occurred, the genome of the bacteriophage is ready to enter the bacterial cell.

One question still remained: does the ejection of the genome occur as a single step? Dr Nováček and his colleagues began their investigation by identifying bacteriophages with DNA within the capsid, despite having contracted the tail sheath. This told the researchers that the DNA ejection happens in two steps. Further analysis of the 3D structural changes showed that the first step of ejection is triggered by the tail sheath, and the second is triggered by the tail tube. Understanding this precise mechanism could lead to the use of bacteriophage in medical treatments.

Read about Cryo-EM facilities at Instruct-ERIC.

Read the paper: Nováček J., et al., 2016, Structure and genome release of Twort-like Myoviridae phage with a double-layered baseplate, Proceedings of the National Academy of Sciences, 113 (33) 9351-9356

Structural biology techniques used to benefit bees and beyond